We are back! We’ll be running eleven regional programs this year as well as a distance program and (for the first time since 2019) a National Festival in Ottawa!

A full breakdown of the program can be found on this page.

Registration for the 2022-2023 season is now closed! Please reach out to info@improv.ca if you have any questions! 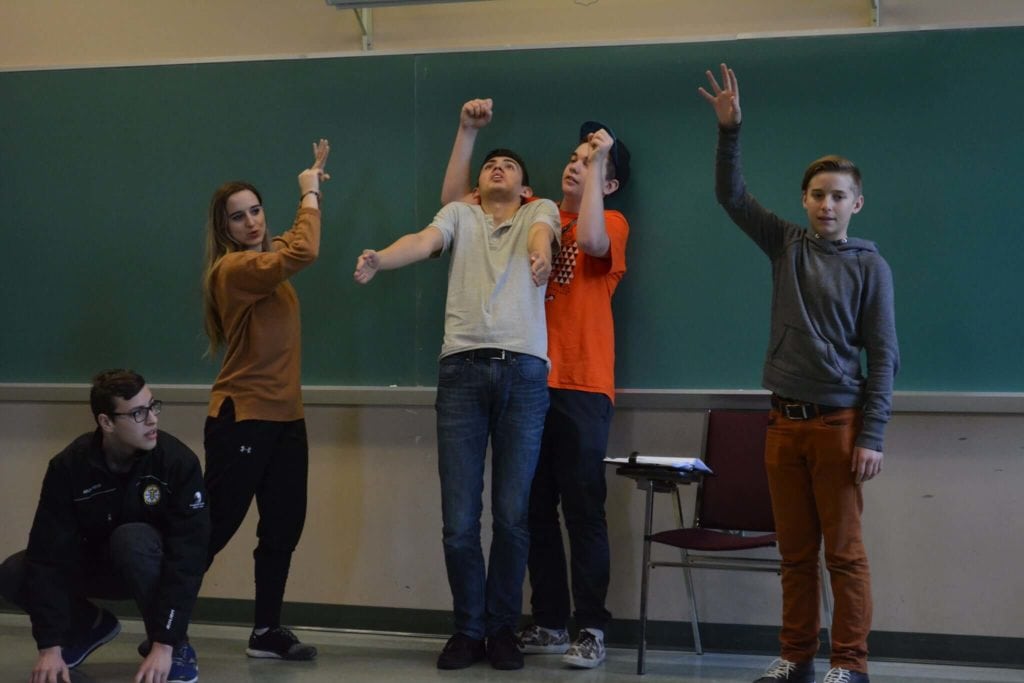 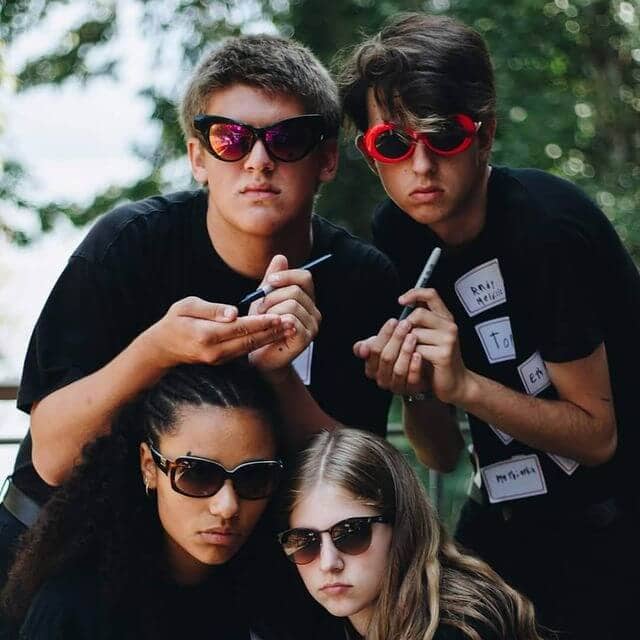 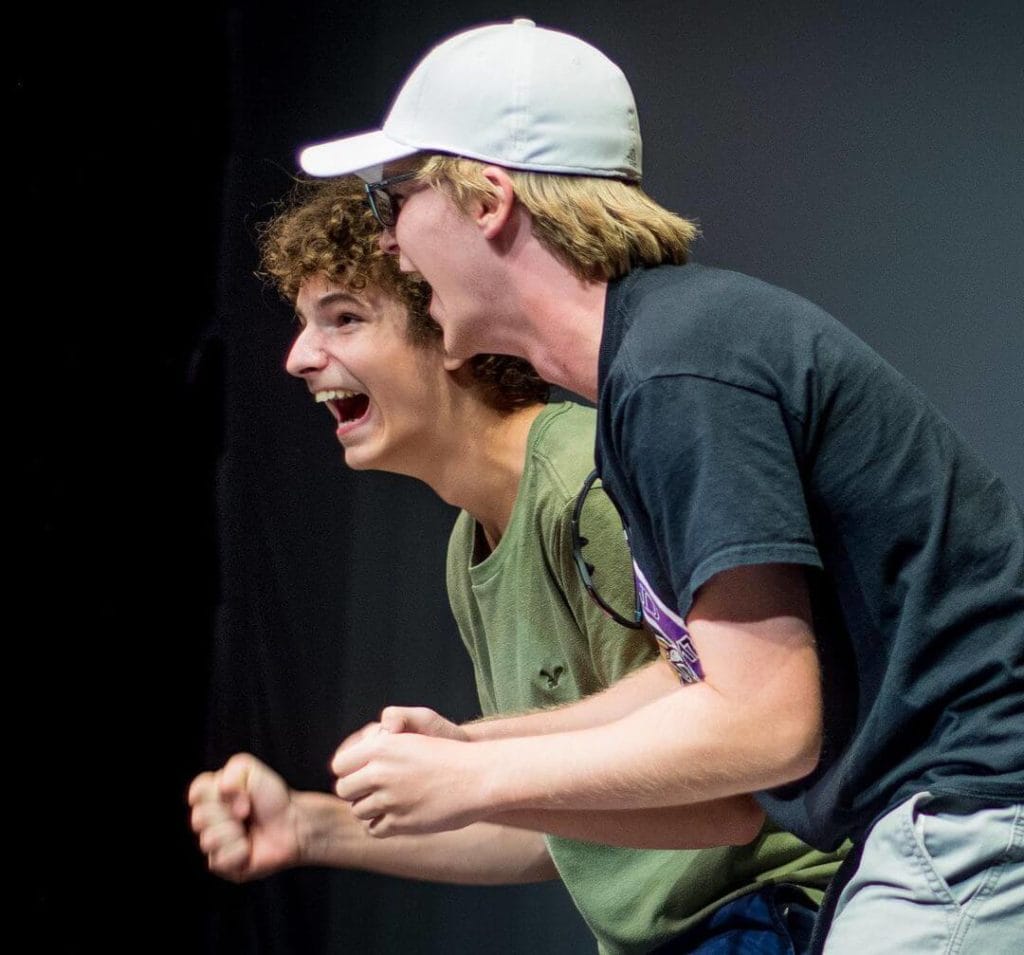 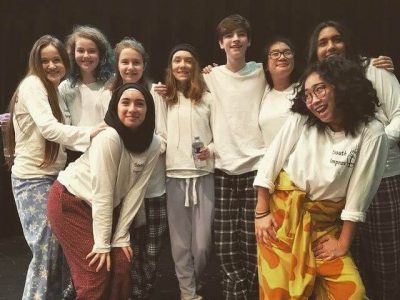 The following is an overview of the Canadian Improv Games program running from September 6th, 2022 until April 8, 2023.

Registration this year is based on a per/team payment system. The cost to register will be $299+tax per team. Your school may register as many teams as they like – junior or senior. Teams can be ADDED anytime before the registration deadline of December 16th, 2022.

The program is designed for schools that can meet safely in person and can attend in-person events outside of school such as All Teams, X-Rounds, and a Regional Tournament. This program is also built on the understanding that if a school qualifies for the National Festival they will be allowed to travel to Ottawa, Ontario April 4-8, 2023.

The CIG is committed to getting back to in-person games where it can be done safely and effectively.

There will be in-person regional tournaments in the following regions:

Each team that registers is entitled to:

As much as possible this year the all-teams event and x-rounds nights of play will be scheduled for the same day/weekend to reduce travel costs and potential infection.

Regional tournaments in each of these regions will take place in February of 2022. COVID protocols will be in effect based on individual health units protocols. Masks may be required to attend shows, venue capacities may be enforced, and social distancing may need to be maintained, depending on regional and venue requirements. At this time, students are not required to be vaccinated against COVID-19.

All other regional rules are in place as per the CIG Rulebook.

This program is designed for schools who fall outside of the geographic regions listed above. This may include areas that have traditionally been involved in regional tournaments or it may include teams completely outside of the scope of regional programming. For the purposes of this year “falling outside of the geographic region” will mean anyone who has longer than a 3-hour one-way travel time to attend a regional tournament. This program is also built on the understanding that if a school qualifies for the National Festival they will be allowed to travel to Ottawa, Ontario April 4-8, 2023.

Registration this year is based on a per/team payment system. The cost to register will be $250+tax per team. Your school may register as many teams as they like – junior or senior. Teams can be ADDED anytime before the registration deadline of December 16th, 2022.

Teams that CAN participate in regional programming will be encouraged to do so. (ie. if you are a school in Halifax, you will be entered into the Nova Scotia regional tournament, and may not opt into the distance program)

Each team that registers in this program is entitled to:

The CIG is thrilled to announce that plans are underway to host an in-person National Festival in Ottawa in April of 2023. The confirmed dates are April 4-8, 2023 and any teams who register for the festival and then win their regional tournament will be refunded the registration cost.

The Festival will consist of workshops, forums, demos, and tickets to the shows each evening. More information about the National Festival will be announced before the winter break.

This year the breakdown of the competing teams is as follows:

This means there will be 15 competing teams (3 nights of play, 5 teams each night) and the top 5 will advance to finals on the fourth night. This is subject to change.

The national festival will also include the first ever CIG National Improv Teacher’s Conference. There will be workshops, tickets to events, and meet and greets. This content will qualify for professional development

All the regional dates can be found here!

Registration for the 2022/23 season will run from September 6th, 2022 until December 16th, 2022. Payment for schools is due ONE month after receiving an invoice. An electronic invoice will be sent to the email you provide and can be paid online. If your school does not allow for online payments, contact the CIG National Office ASAP at registration@improv.ca. Failure to pay this invoice within the given timeframe will result in a removal from the program.

Registration this year is based on a per/team payment system. The cost to register will be $299+HST per team in the Regional Program and $250+tax for the Distance Program. Your school may register as many teams as they like – junior or senior. Teams can be ADDED anytime before the registration deadline of December 16th, 2022.

Once an invoice has been paid, refunds will not be given except on a very specific case-by-case basis to be decided by the board of directors. Please consider your ability to run a team(s) before registering. Lack of commitment from students is not grounds for a refund.

Workshops by the hour

This year we are offering workshops by the hour!

We are excited to be able to offer in person workshops once again! And for those schools in which this is not an option we had a lot of success and positive feedback from our online workshops in the 2020/2021 and 21/22 year, and are happy to be continuing to offer these workshops moving forward!

Any school or team is welcome to purchase extra workshop time at any point during the year- regardless of if they are registered in our full program or not!

If you are meeting in person and can safely have a CIG trainer attend your school we will send a trainer to you. A $25 surcharge will be added to workshops where a trainer has to travel to teach at your school.

Workshops cost $65/hr+HST (+$25 flat rate for in-person workshops) and financial support is available if the cost is a barrier to you.

To register for a workshop please fill out this form:

Workshops by the Hour

Don’t be a silly goose. Sign up and stay in the know!